New Turkey: Towards a “progressive Islam”

In the last years, the term «New Turkey» has begun to be established in the Turkish political discourse. It is considered useful to mention the new red lines which are going to determine the function of the socioeconomic and sociopolitical institutions in the next decades by the Justice and Development Party (JDP) led by the current president of Turkey, Recep Tayyip Erdoğan.

THE IDEOLOGICAL ROOTS OF JDP

In April 23rd, 1920, the 1st Grande National Assembly opened. This Assembly comprised two groups; the 1st and the 2nd Group. The First group consisted of the people who defended Ataturk’s ideas and they later formed the Republican People’s party, the political expression of Ataturk’s ideas shaping the then red lines of the Turkish state.

On the other side there was the second group whose members were opposed to the founding philosophy of the Turkish republic in 1923. The spirit of the second group resurrected in the Justice and development Party and its leader, Recep Tayyip Erdogan, who now, after the upcoming elections of June 24th, will be the leader shaping the new red lines of the “new Turkey” in 2023. How did the mentality of the 2nd Group “survived” after the establishment of the Turkish Republic in 1923? To answer this, we must refer to Huseyin Avni Ulas, who was one of the ideologists of the 2nd Group. Huseyin Avni Ulas was ideologically an important figure with two main characteristics: First characteristic, he “westernized” the program of the 2nd Group, bringing it close to the American values. To illustrate this westernization we can look at Ulas stance on the election of the president; the second group was supporting the notion of caliphate, Ulas suggested to allow the people to elected directly the president and in addition to this instead of talking about “Islamic values that should guide people’s daily lifes” he prefer using the rhetoric of “freedom of religion”. The election directly by the people and the religious freedom had a crucial place [1] for the JDP when it came to power in 2002.

The second characteristic of Ulas was that he wrote the political programs of the parties which were opponent to Ataturk’s founding philosophy. He was the co-founder of the Religious [2] Development party and wrote its program. The party program refused the statism, the President should be elected by the people and, as far as the economy is concerned, it should be run by the principle of free competition in industry and trade. In other words, Ulas strongly supported the free economy mentality. Ulas and the 2nd Group worldview became part of the ideology of “religious vision” which was represented by Necmettin Erbakan, the leader of the islamist party in Turkey. We can see very clearly from the political discourse of Erbakan that he strongly supported the Presidential system (president’s election by the people). Erbakan supported also very much the referendum as a tool for achieving social cohesion.

The hidden mentality of the 2nd Group appeared as an innovative movement on October 15th, 1978. At that time, the National Salvation Party’s 4th Congress organized by Erbakan and the innovative figure represented by Korkut Ozal, brother of Turgut Ozal [3]. Korkut Ozal’s main goal was not to replace Erbakan but to “revise” and adopt “new attitudes” because he believed that if there is no change in policies, the party will fail its mission. Korkut Ozal and his supporters understood that, without changing the core of Erbakan's religious ideology, the popularization was urgent and unavoidable in order to come to power. They realized that keeping pace with international conjuncture was compulsory. The international conjuncture which influenced turkey was the implementation of the new-liberalism. The mentality of the new liberalism was the “secularization/protestantization” of the religion and the divinization of American institutions.

In this framework, when Turgut Ozal became prime minister of Turkey, he totally adopted the new liberalism or the “we follow Reaganism” concept, as Ozal said. Ozal in his presidency and during his reign supported the presidential system as it was implemented in the USA. As for the economy, Ozal changed the basis; switching from a state-centered economy model to a market-centered system.

The year 1993 was a turning point for the Islamic movement. Its leader Necmettin Erbakan realized that with the current political and economical system the Islamic movement would not be able to come to power. So during the 4th congress of his party (the Welfare party) he argued that it should accept the free market economy mentality and the state should exist in order to serve the citizens. But Erbakan did not practically pursue this change, this “mission” was undertaken by his “political children” and especially by Recep Tayyip Erdogan and Turgut Ozal who appeared as his successors. As a result, in August 14th 2001, Erdogan created the Justice and Development Party and in 2002 November 3rd he came to power and since then the JDP and its leader Recep Tayyip Erdogan are forming the new red lines of the ‘’New Turkey’’.

THE OLD AND NEW RED LINES

We will focus on three elements. The transformation of the state or the “divine” state, the political system (parliamentary democracy and multi party system) and finally the notion of secularization. 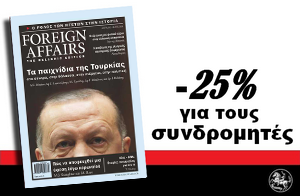